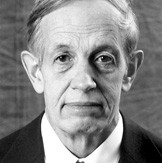 John Forbes Nash Jr and his wife Alicia Nash have been killed after a taxi collision in New Jersey, according to police.

The mathematician, who inspired the film A Beautiful Mind, and his wife of nearly 60 years died on Saturday in a crash on the New Jersey Turnpike.

The couple, who lived in Princeton, were travelling in the left lane of the turnpike, according to State Police Sgt Gregory Williams.

The driver lost control of the vehicle, crashing into the guard rail. The couple were ejected from the car. They are not believed to have been wearing seatbelts. The taxi driver was taken to hospital with non-life-threatening injuries.

Nash was awarded the Nobel Prize for Economics in 1994 . His work focussed on game theory.

He was made the subject of Oscar-winning film A Beautiful Mind, which examined Nash’s brilliance as well as his struggle with schizophrenia.