Hate Speech at the Service of Politics 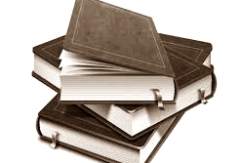 We are now handing over to you another publication of the European Liberal Forum and Project: Poland, devoted to hate speech and populism. In 2014 we jointly published “Liberal Agenda Against Online Hate Speech”, an analysis of the current situation of online hate speech in Europe in 2018. “The European Atlas of Democratic Deficit”, in which the authors identified hate speech as one of the most difficult challenges for the modern European democracy. Our “Liberal Agenda” started with ‘hate speech is everywhere: on the walls of our cities, in the mainstream and online media as well. It is impossible to avoid. It’s impossible to run away from it’. Unfortunately, nothing has changed in this respect. None of the observers of social life has any doubt that it is only worse.

According to a 2018 Eurobarometer survey, hate speech is the type of online illegal content that Europeans encounter very often, it was most mentioned by respondents in 10 countries 1. Eurostat, in the report “Being young in Europe today — digital world” shows concerns about the behaviours of children and young people 2. According to the study, they may be exposed to potentially harmful content, which may create dependency, anxiety or aggression. A bit older results, 2016 Eurobarometer, show that three-quarters of EU citizens have already experienced hate speech on social media 3. More detailed data from individual Member States are even more frightening. The COVID-19 pandemic and its adverse consequences will only, like any other socio-economic crisis, make this situation worse.